Old Boy Malcolm Marx (class of 2012) holding the Webb Ellis Cup after their Springboks win in the 2020 Rugby World Cup! 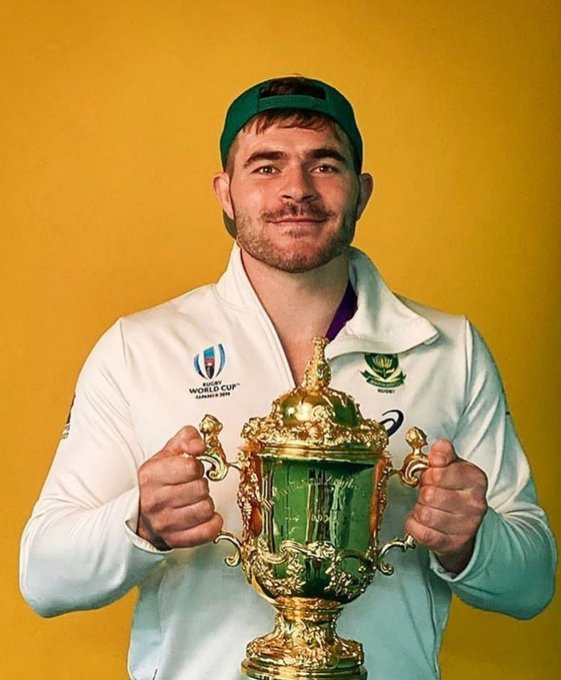 Kevin Lerena defeated his opponent in the 3rd round with a TKO, retaining his world IBO cruiserweight belt. Keep inspiring Kevin!! 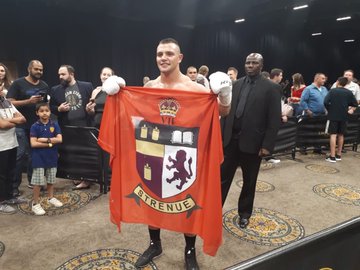 Congratulations to Kyle Coker, Michael Newland-Nell & Michael van der Berg who were selected for the SA U21 Hockey side participating in the men’s interprovincial tournament this week. Well done gents! 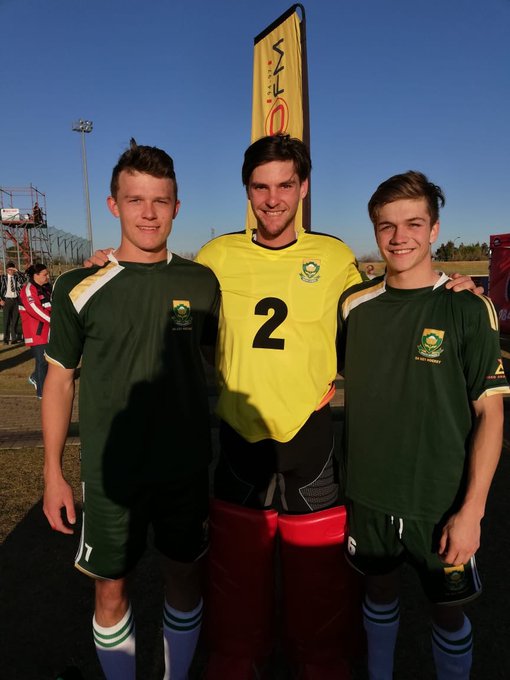 Old Boy Quinton de Kock captained the T20 side in August for the first time! 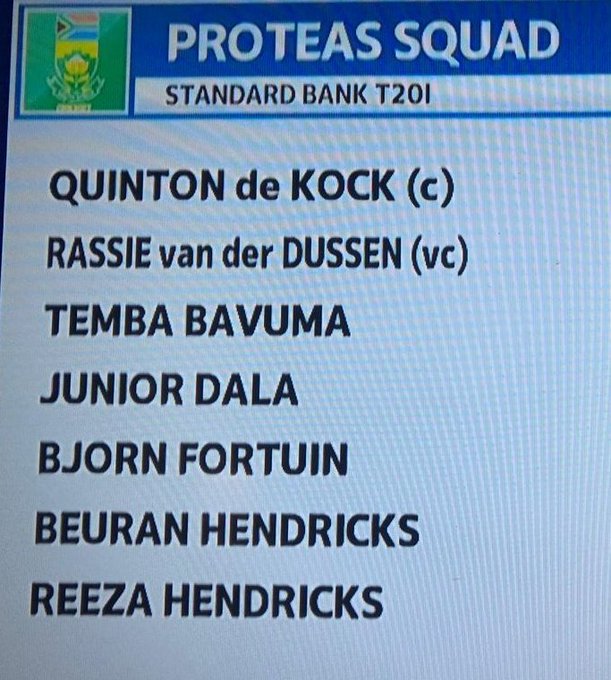 Ethan Coryndon-Baker (Class of 2017) has made the SA men’s Waterpolo Team for the FINA World Champs! Good luck Ethan! 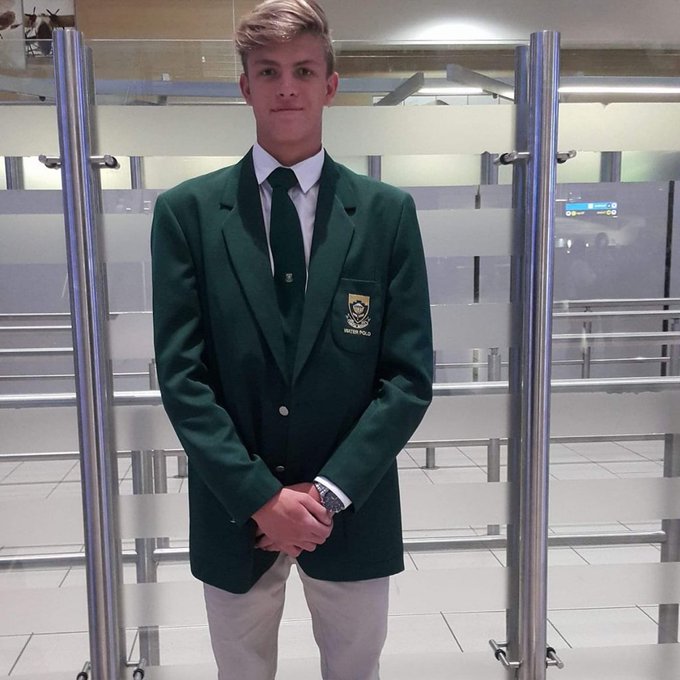 The King Edward VII School’s 2019 Art Exhibition was held on the 8th November and we were  extremely pleased to welcome Jacques Michau from In Toto Gallery and Professor David Andrew in opening the exhibition.

Well done to our Art Teachers and learners for putting on such an incredible display of talent.

Learner with Highest Aggregate in Grade 12:

This is the Premier Award of the School.  It is awarded to a learner with academic colours who has made a significant contribution to many facets of the life of the School.  The recipient of the 2019 Desmond Davis and War Memorial Scholarship is Crispin McKenzie.

Mr H J Hofmeyr served on the School’s Governing Body from 1907 and was its Chairman for twenty five successive years.  Upon his death in 1937, money was left in trust for the creation of a fund which now finances scholarships and bursaries.

The award goes to a Grade 12 learner who has contributed to the School in many areas, i.e. Academic, Sport, Cultural and Service.  Contribution to the Dramatic Society is given consideration.  The recipients of the 2019 Hugh Wilson Scholarship are Callum Beukes and Seth Thorne.

In the lead up to the 2020 Rugby World Cup Final, our boys got into true KES spirit and gathered in the quad to cheer on old boy Malcolm Marx and the Springboks in the final.

Head Boy (2020) Umtha-Unathi Mavuso sent a shout out to Malcolm and the Bokke: 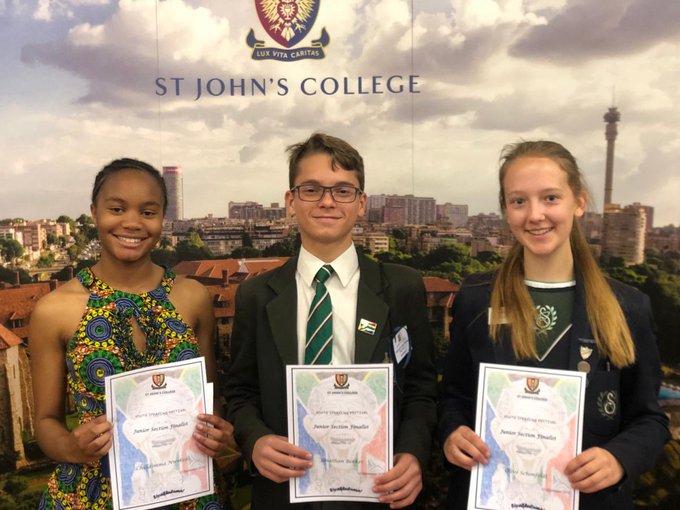 Science is the Poetry of Reality! Congratulations to all who participated in the District Eskom Science Expo, 3 being Gold medal winners!
P du Toit & M Kriek will compete in the Eskom Expo International Science Fair in October! 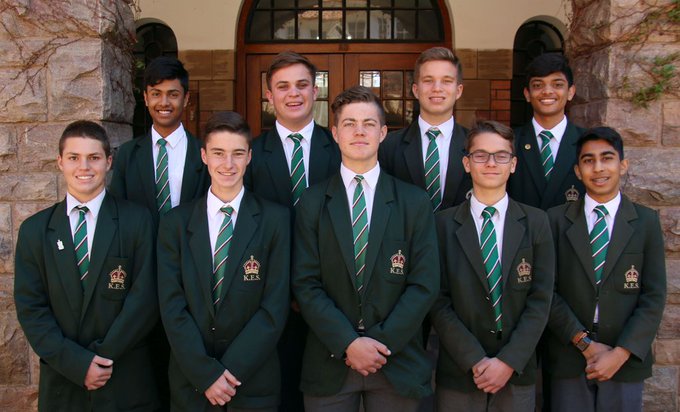 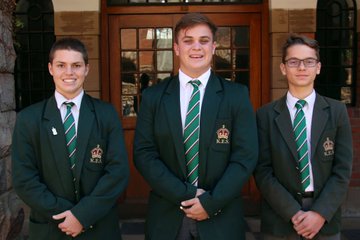 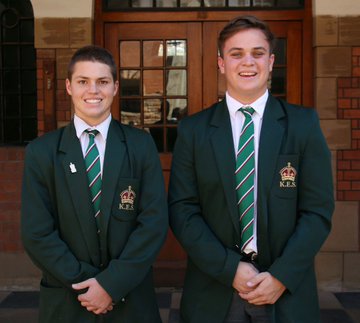 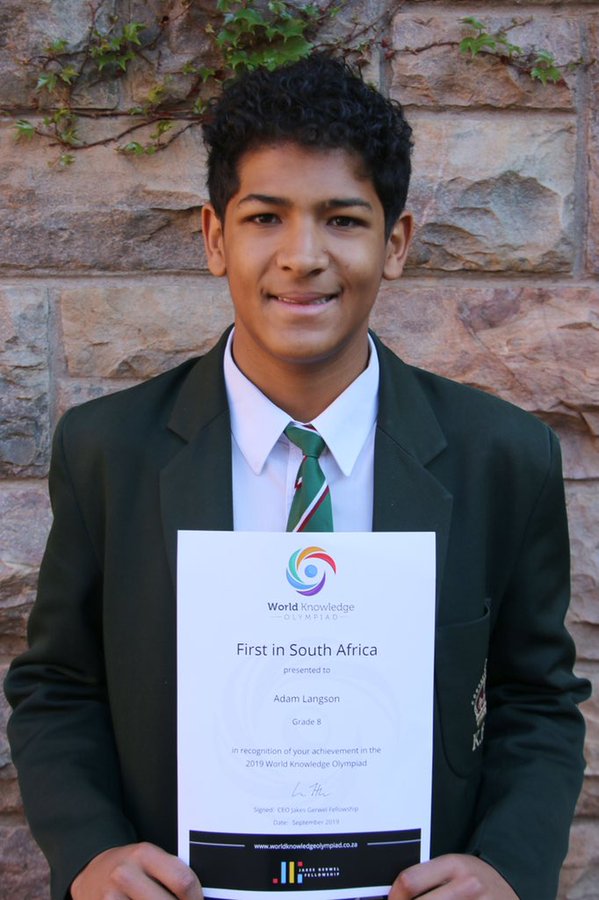 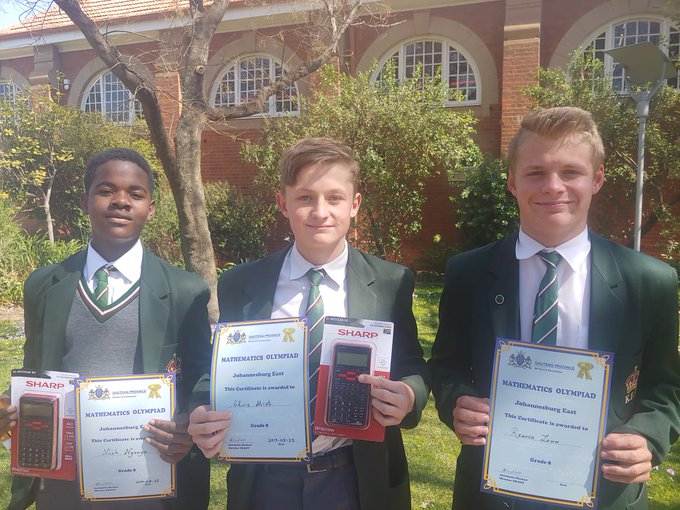 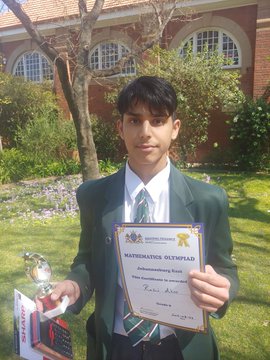 Congratulations to our Maths Champion, Joshua Ruthel, for taking first place in the Mathematics week competition in August! This is a fantastic achievement and your RED Army are so proud! 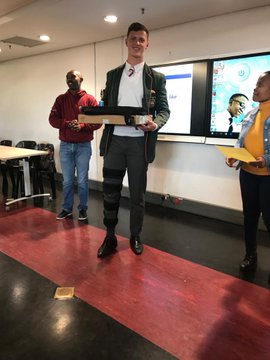 Our Marimba Band was placed 2nd in their category this weekend at the International Marimba & Steelpan FestivalWell done gents! 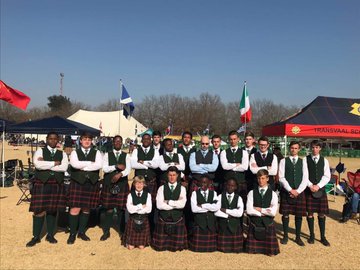 Lythe was also provisionally selected for the men’s 4 x 400m SA provisional Athletics squad for the 2020 Tokyo Olympics to be held in Japan. The final team will be announced by Sascoc closer to the games. A fantastic achievement!

He as also yet again been recognised for his athletics achievements by receiving the Central Gauteng Up and Coming Athlete of the Year Award at the recent awards function.

Jason Vermeulen in Grade 10 represented Central Gauteng in the ASA South African Cross Country Champions on the 7th of September 2019 held at Uitsig High School in Centurion. He finished 18th out of 111 athletes in the u/16 age group. Being in the Top 4 finishers of the Central Gauteng team, Jason earned a silver medal for the overall team category. Well done, an outstanding achievement!

Lindo Ncusane has been selected for the SA U19 team touring to Georgia next month! #GoSchool #RedMachine
Full article: https://ruggas101.co.za/?p=3827 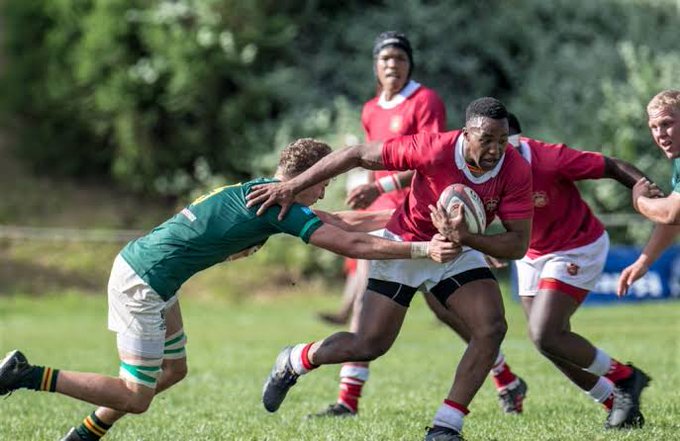 You are truly your own hero in running. It is up to you to have the self discipline to get the job done and these young men show grit and determination on the athletics field. Congratulations to our Trophy winners, you gave it your all!

David Seete, current Grade 12 and Deputy Head Boy was the overall champion at the Athletics Championship in August. He was awarded the Victor Ludorum prize for his outstanding achievements and as illustrated in the image, took home more than one trophy! Well done David, you are a great role model for the young men around you. Keep it up!

Kian Schwartz (Grade 11) received his South African Blazer at the capping on the 24th August, ahead of his trip to South Korea. Kian leaves tomorrow for the Baseball World Cup in Gijang as part of the U18 South African baseball team. 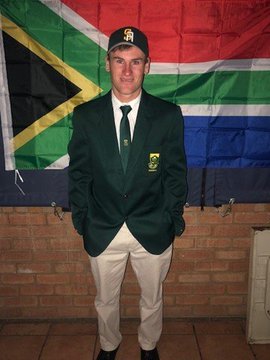 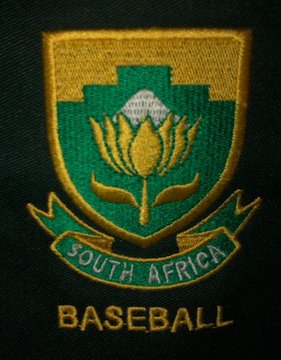 Congrats to Ronan Pleass on his achievements at the SA National Short-Course Championship – he made the 200 & 400 medleys, the 50 & 200 backstroke finals & in all events he made Senior National qualifying times, allowing him to take part in the Senior National Olympic Trials. 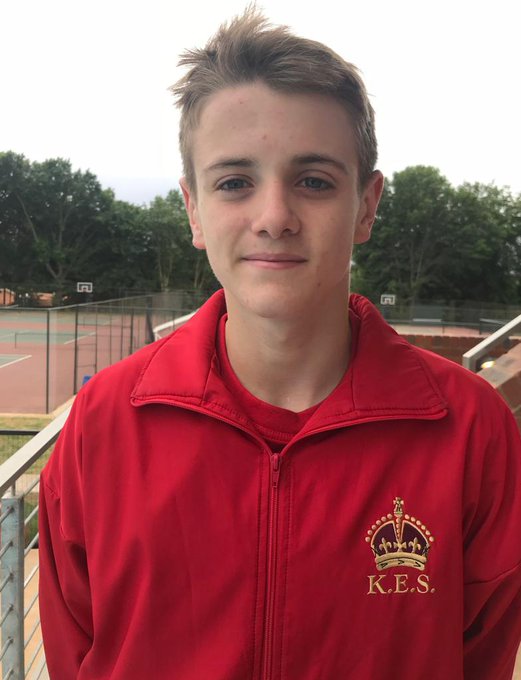 Parsons on a mission for his country

“Rising young star Bryce Parsons is happy to be getting the recognition he strives so hard to try and achieve and is hoping for a prosperous season ahead when he can break into the Gauteng Strikers team and help the South Africa Under-19 team prepare well for the forthcoming World Cup.”

Congratulations to our RED Tennis Champ, Joshua Brooksbank-Bentel (Grd 11) for being selected to take part in the 15th European Maccabi Games in Budapest! Your RED Army are rooting for you Joshua! 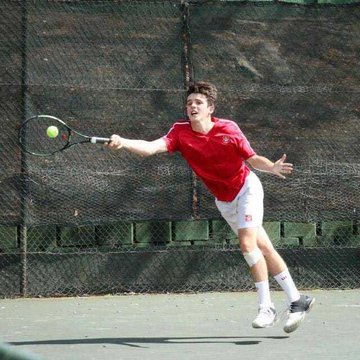 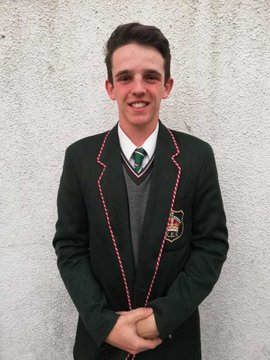 Congratulations to Hugo Habib who competed in the 8th World Union of Karate-Do Federations (WUKF) Championships in Slovakia in June! He placed 5th in his kata and held his own in kumite. Well done champion! 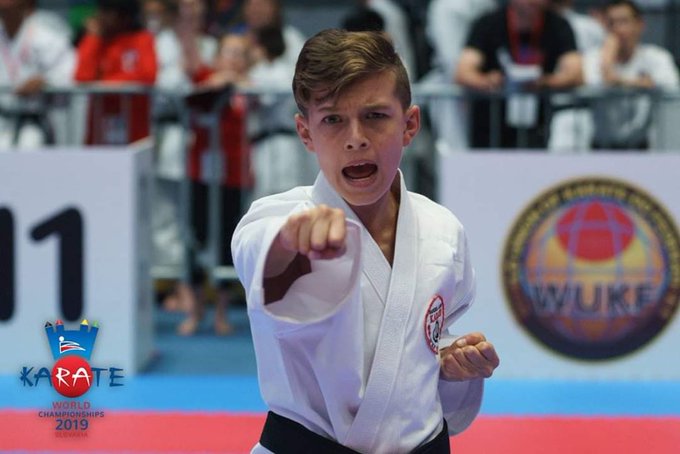 We are so proud of three of our RED tennis players who were chosen to represent Tennis SA! 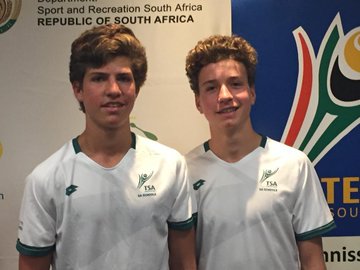 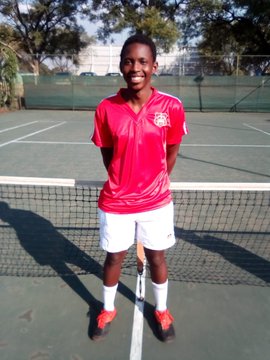 Rynhard Roothman and Wian Roothman headed to London in July to compete in the SA Highschool Tennis Tour.

One of our RED Sticks, Reece Govender in Grade 11, was selected for the SA U17 Hockey Team! Well done! 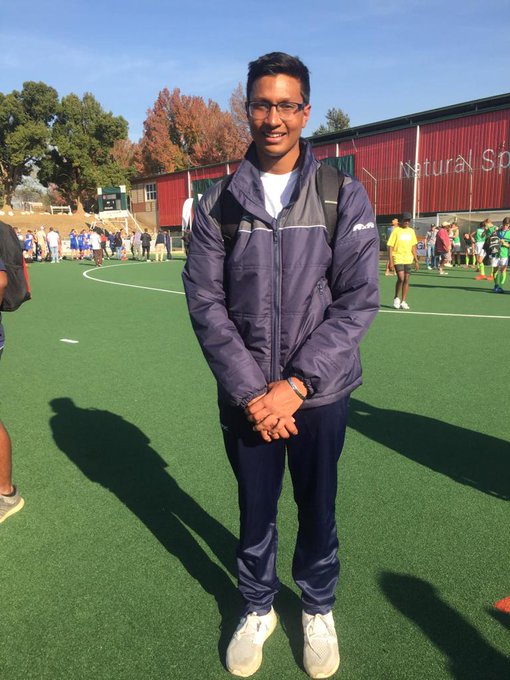 Rown Sydney (Grade 11) representing the School in the Amajita U20 National Soccer Team, preparing for the 2019 COSAFA Media Championships in Zambia early December.

Cricket South Africa (CSA) announced and congratulated the 30 schools that have achieved ‘blue chip’ status for 2019. KES was awarded this status among other select schools in Gauteng:

Well done to all learners and staff involved in this huge achievement!

The Blue-Chip Schools programme are designed to reward schools committed to providing an environment that will enable young players to exploit their full potential as sportspeople and to become the best cricketers they can be. It is the vision of CSA to make cricket a truly national sport of winners and initiative aligns with CSA’s three-pronged strategic approach to promoting schools’ cricket, namely:

“All schools within these three categories are measured against the Schools Quality Index (SQI),

“Schools that achieve 90 percent on the SQI assessment will be awarded the official CSA Blue Chip Status for that year.”

An annual assessment will be done on all schools to monitor their progress against the Index and schools will be incentivised in various ways to encourage them to improve their score on the SQI.

Schools that qualify for this status will only be able to do so if all 5 criteria are met to the acceptable CSA standards. The criteria are:

The intended outcomes for this initiative are:

On Friday 18 October, the new School Leadership Team was announced at Assembly.

Mr Lovatt bid farewell to the 2019 Mentors ahead of the announcement:

“It is very fitting that David, Warren, Muhammad and Crispin have joined us today, so that they can pass on the baton to the new incoming mentors.

We are most grateful to these 4 young men who have all led with fantastic humility and always placed others ahead of their own agenda.

Mentorship is about relationship-based leadership, focussing on guidance and transfer of knowledge, i.e. from one brother to another.   And most importantly, the relationship is built on mutual respect.  Ralph Waldo Emerson

‘We came into the world like brother and brother, and now let’s go hand in hand, not one before another.’ Remember: The only time you look down on a brother is when you are helping him up!”

Congratulations to the mentors selected to represent the School in 2020. The Mentorship Executive Team for 2020 is as follows:

“Sons of this place, let this of you be said: That you who live are worthy of your dead”

The Annual Service of Remembrance was held on Sunday, 10 November 2019 in the Quadrangle of the School with the Guard of Honour consisting of learners drawn from the Grade 11 Group.

We commemorated the 2 masters and 63 boys of King Edward VII School who fell during The Great War of 1914-1918. We also commemorated the 178 Old Edwardians who were killed during the Second World War. The highest number of casualties suffered by any school in the Commonwealth.